Ashley Scott Meyers is a writer, producer and director and owns the blog sellingyourscreenplay.com where you can find practical tips and advice on how to sell your screenplay. He also runs SYS Select where you can subscribe to receive premium screenwriting leads, online coaching and mentoring, online courses, and more. Among other things, tonight, he is talking about the production and artistic differences between indie and studio level horrors, their perception by both audience and directors and the importance of narrative in filmmaking. 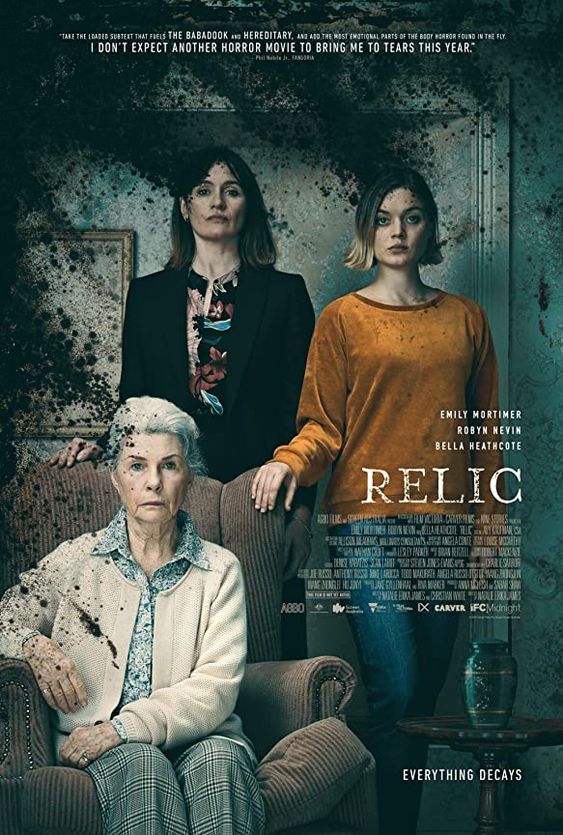 Mother and daughter visit the grandmother in her remote house but her suspected dementia’s sinister effects will make them question their own sanity.

One of the best psychological horrors with one of the most WTF endings in recent years. The moment I realised it’s Australian – huge fan of the Australian film school – I thought to myself: “That’s gonna be heavy.” Guess what? It was!

It all starts with Natalie Erika James’ and Christian White’s amazing script and ends with James’ exceptional directing. Charlie Sarroff’s claustrophobic cinematography will cut your breath short and the hair-raising performances by Emily Mortimer, Robyn Nevin, and Bella Heathcote will make you feel how they feel. Nevin, especially, makes one hell of a scary grandma that will crawl under your skin.

The film’s gut-wrenching psychological horror is the outcome of the fictional paranoia which directly derives from a real-life, agonising drama. It is the terror of what happens to so many people when they grow old while all of us wish that it is not us that it will happen to. And you would never guess who’s wearing the producer’s hat on this one. Jake Gyllenhaal and the Russo Brothers. Who would know…

Relic is a bone-chilling, metaphorical horror/drama, following (thankfully) no Hollywood narrative, offering no easy way outs, no glorified, ephemeral pseudo-heroes, and no cheap jump-scares. It is the proud representation of Australia’s film school. A school that teaches how to think outside the box and make films as harsh as life itself.