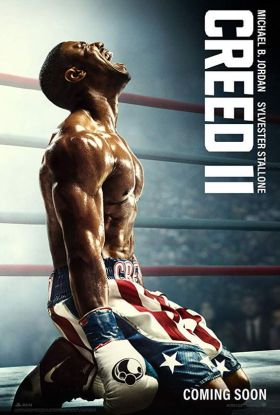 Ivan Drago has a son… and they are coming to claim the heavyweight title from Balboa’s tutelage, Adonis Creed.

Is it enjoyable? It is. Is the training inspiring? It is. Is the acting convincing and the editing pacing the film as it should? Definitely. Is Tessa Thompson amazing? Hands down. Then what seems to be the issue?

I would put my finger on a few issues:

The aforementioned issues weaken Creed II. But there is one last issue which is more intricate and challenges the film… Before the first fight, Adonis doesn’t know what he is fighting for. Then, he figures it out, trains really hard, and goes again. The reason he decides to fight him is not as compelling as Viktor’s. Adonis has a much better life. Viktor’s life (and Ivan’s) is more dramatic and we, as an audience, feel the need to see him stepping into the ring and winning. Adonis’ reason is ego-driven. Simple as. Remember why he stepped into the ring in Creed? To prove that he’s not a mistake! Which made the audience get the goosebumps, even shed a tear, and root for the underdog which conquered the world.

The film financially did well. The devil is in the details though and these details could have made it a valuable addition both to the franchise and the spin-off.

You can find it here: https://amzn.to/2StPTXf