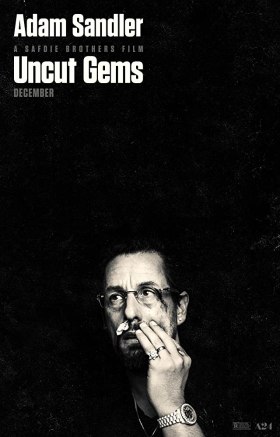 A New York City jeweler is constantly trying to find ways to pay off his debts while dealing with a number of personal issues.

Greed makes people take the worst decisions and then they wonder why their lives seem like a bottomless flush down the toilet. This is the story of Howard Ratner (Adam Sandler) who represents the kind of people who believe that two wrongs make a right. The journey of a man who refuses to settle to what he has and constantly going for what he could have had, losing always more and more until… well, you’ll have to watch it!

Sandler’s comeback to the big screen is remarkable – since 2015 all of his films have gone straight to Netflix. I believe that if the Academy could take him seriously, he would have been nominated but, don’t worry Adam, we don’t take the Academy seriously anymore ourselves. Sandler has survived in the film industry for just over three decades and he’s not going anywhere yet. Actor and rapper LaKeith Stanfield stands by his side but also opposes him, still revealing his diversity as an actor and I for one, look forward to seeing him in as many mainstream and/or alternative projects as possible. Last but not least, Julia Fox is as impressive as they come. Brilliant appearance on screen no matter how you look at it.

And now the Safdie Brothers… After a number of shorts, and the impressive Lenny Cooke (2013) and Heaven Knows What (2014), they brought to us Good Time (2017) which followed their style and made a suspenseful story but… these… repeated… Pattinson close-ups couldn’t be more distracting. Robert Pattinson is a great actor but it was just too much. So glad we didn’t get many Sandler close-ups. That said, you might find the music a bit distracting but once you familiarise yourselves with their Safdie style of filmmaking, it will make more sense. Congrats to everyone in front and behind the camera. 2 hours+ just flew by.