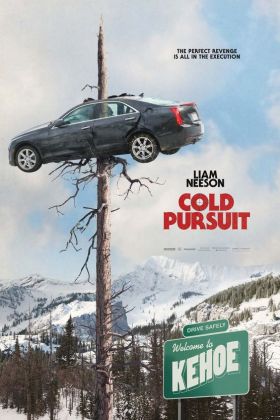 After his son gets murdered, a snowplow driver tracks down and goes after everyone responsible for his death.

Hans Petter Moland, writer/director of films with a unique character such as Aberdeen (2000) and his latest Out Stealing Horses (2019), impresses this time by remaking his own film In Order of Disappearance (2014) – all three led by Stellan Skarsgård. The film was shot in early 2017 but was released only recently. I guess it would have done better had it been released before a controversial interview Liam Neeson gave earlier this year.

Politics aside, Cold Pursuit is enjoyable adding some dark comedy to the aforementioned genres, resembling Fargo (1996) and Ghost Dog: The Way of the Samurai (1999). Julia Jones, Emmy Rossum, and Tom Bateman stand out. A lot of similarities can be found with the original film, especially in tone and rhythm, and both of them make one wonder who was Nels Coxman before…

You can find it here: https://amzn.to/39phZZR